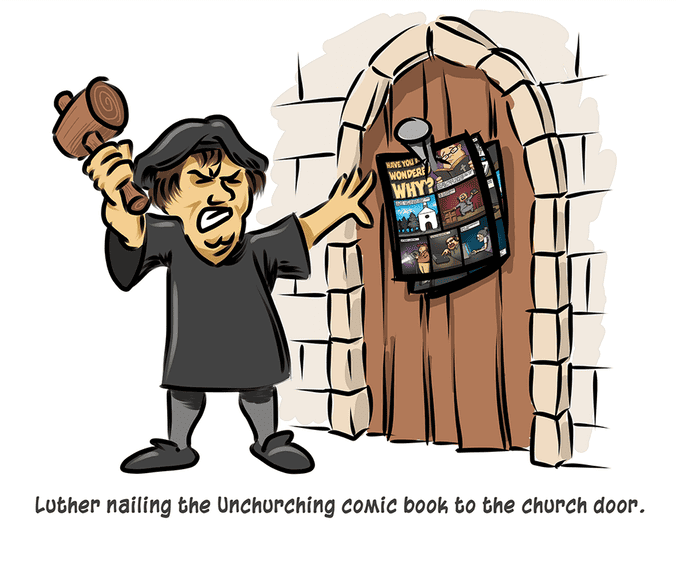 Richard Jacobson of Unchurching shared the story about how unchurching became a theme in his life way back in episode 15. Now he’s creating an Unchurching comic book “to let Christians know they don’t have to go to church to be the church.”

You can be part of it by joining the Kickstarter campaign to fund the book. Hurry because the campaign ends Monday, September 11, 2017 at noon CT.