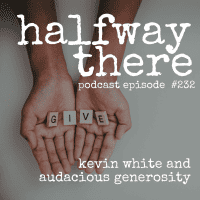 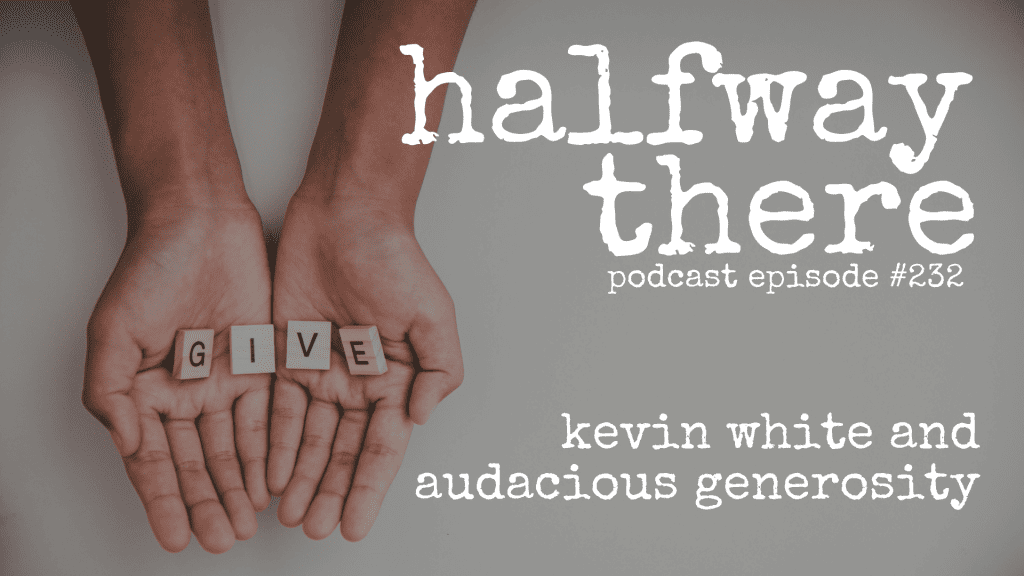 Kevin White is a pastor and author of Audacious Generosity. Today, Kevin shares the story of finding Christ as a young man, feeling called to ministry, and almost burning out while trying to achieve. When the church he planted voted him out, he had to reconsider what God was asking of him. Through the struggle, he founded a ministry that today serves over 500 families in his area. Then the Lord awoke his heart to India and he’s taken over 1,000 people to visit and minister there. Kevin’s story reminds us that it’s all God’s grace so we can hold everything with an open hand.

As a 17 year old I knew the desire for peace.

When I went to India, I saw the presence of God in a way I had never been exposed to in America.

Giving is not an expectation; it’s an opportunity God gives us.