You are here: Home / Podcast Episodes / Michael Kingsbury and The Story that Never Ends 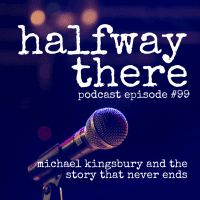 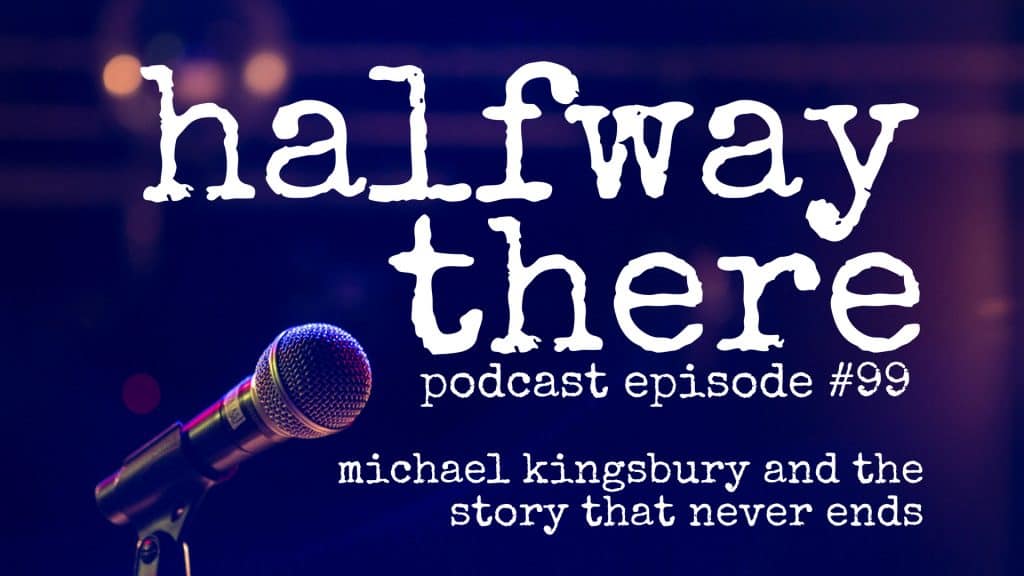 Michael Kingsbury is a comedic storyteller in Vermont who recently became a Christian. The journey he took to faith is fascinating and will entertain you. Michael always knew he wanted to be a comedian as a young man and eventually attended a branch of the acclaimed Second City in Cleveland, Ohio. He was an atheist but how little he knew about a fellow comedian who died his questions led him on a quest to find God. He says he became a terrible atheist by reading the Bible in secret and attending church. One Tuesday in January 2018, in front of a Subway restaurant, Michael finally gave his life to Christ.

If you stick with anything you see success at some level.

You can think you know something about someone and not know anything of significance.

It [his faith] is so brand new. It’s like a set of shoes out of a box that I don’t really know what to do with.

Working on patience is as hard as working on your comedy set.

He’ll find you anywhere even if it’s in front of a Subway restaurant on a Tuesday.