You are here: Home / Podcast Episodes / Dan Rudman and Ripples of the Gospel 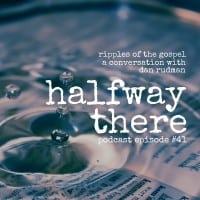 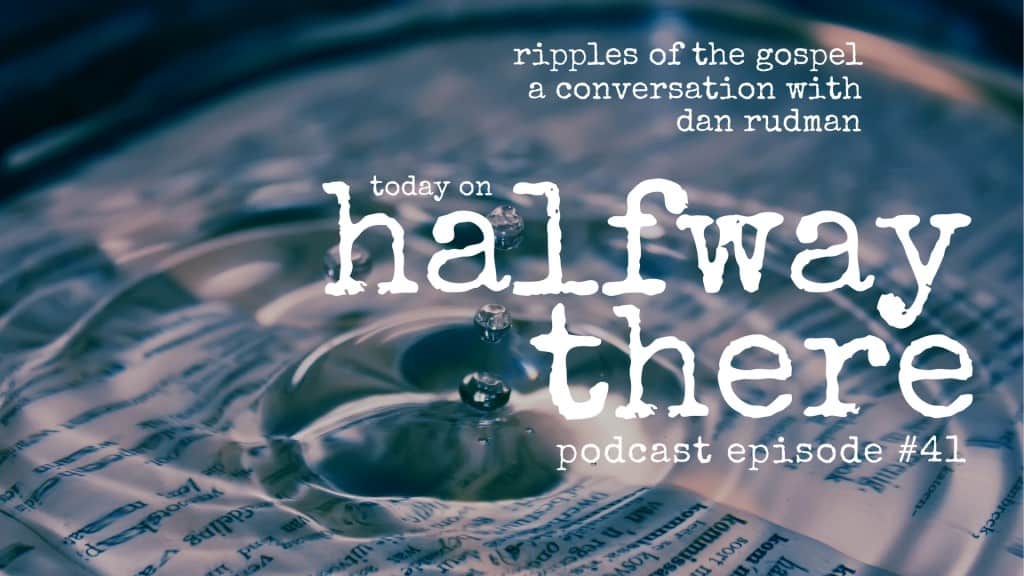 Dan Rudman is an evangelist who works on campuses, prisons, and around the world to spread the Gospel. He shares how God called him to this life through circumstances that looked like failure.

Dan grew up in a traditional, moralist family but didn’t really go to church and so knew nothing about the Gospel. Heading into college he was “stiff-arming religion,” and floundered his freshman year. One day, a student was sharing a film by Josh McDowell talking about relationships and his own story of coming to faith. Dan wanted nothing to do with that so he left. But then he thought, “I wonder what he’s going to say. I wonder if it’s something I need to hear.”

He went back to the movie and heard McDowell encourage viewers to get a Bible and read the first three chapters of John. He found 1 John and by chapter 4 he was struck by a sense that evil was real. He realized that he was on the side of evil and needed the Son in his life but still didn’t know how to receive that life so he kept searching. Several weeks later he prayed to God: “If you have to take my life to give this to me, my life is yours.”

Shortly after giving his life to Christ, he was back at the bar he frequented and the song Highway to Hell came on. While everyone else rushed out to the dance floor Dan was overwhelmed with the reality that, absent Jesus, it’s true that we’re on a highway to hell. “Somebody has got to tell them,” he thought, running out of the bar.

The seeds of concern for people who don’t know God blossomed in time to a ministry that has taken Dan around the world preaching the Gospel. Dan wonders if the guy who showed that Josh McDowell film to his college dorm even knows what he did.

I’m going to go find a Bible and read the contract. I want to see what this has to say before I commit to anything.

“What about all these people outside of here? Are we going to go talk to them?”

We have to love people enough to ask them questions.

“If you have to take my life to give this to me, my life is yours.”

The Gospel, this message is a powerful thing that God uses to call people to himself and you just never know.