You are here: Home / Podcast Episodes / Jonathan Monsour and How Faith Became His Own 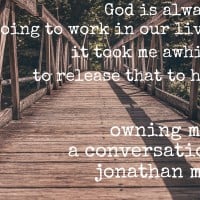 Jonathan Monsour and How Faith Became His Owneric nevins
Subscribe 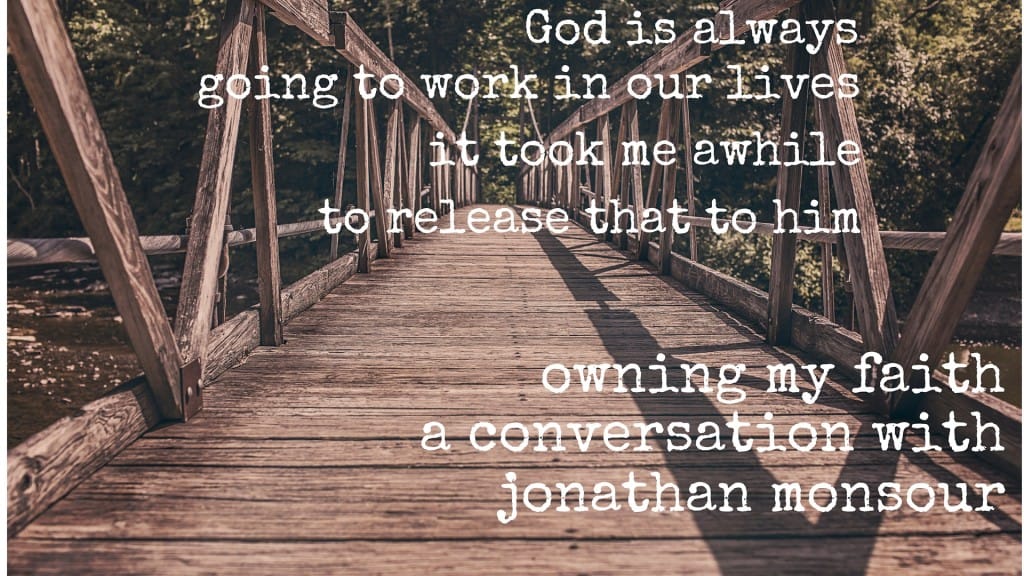 Jonathan Monsour grew up in a Roman Catholic family and rejected the church when his parents divorced. He came to Christ in middle school when his older sister signed him up for summer camp without asking him. It turned out to be a huge moment in his life because there he first heard about a relationship with Jesus leading him to give his life to Christ. You’ll hear us talk at some length about how long this process took and why.

Jon describes his early relationship with the Lord as “one-sided” and derivative of his sister’s faith so that he had to learn to grasp the Lord on his own when she went to college.

But then, Jon’s life changed again when one of his best friends died suddenly causing him to question God’s goodness and shaped his soul in ways he never expected. The result was a new calling to full-time ministry.

Great quotes from our talk:

God is always going to work in our lives. It took me awhile to release that to Him.

If I were in his position [and passed away] would my funeral be a couple of friends and family or would there people who I served?

Did you enjoy hearing Jon’s story of growing with the Lord?

If so, be sure to stop by iTunes and subscribe. While you’re there leave a review which helps our visibility in the rankings.